Suella Braverman’s claim in her recent parliamentary statement that the south coast of England is being invaded by asylum seekers has caused consternation. Her choice of language has attracted widespread criticism, and migration experts are now challenging her conclusions.

According to the Oxford Migration Observatory, the numbers arriving in the UK are far fewer than in other European countries. The UK ranks 18th for the number of asylum seekers per capita. Cyprus receives 153 asylum applications per 10,000 people, and Germany 23, and France 18, while Britain has 8 per 10,000.

Braverman also suggested that overcrowding at Manston was due to ‘unprecedented’ numbers of asylum seekers. However, Home Office figures reveal that the numbers, at around 60,000 applications last year, are lower than the around 80,000 applicants per year in the early 2000s, mainly refugees from conflicts in Afghanistan, Iraq, Somalia and the former Yugoslavia.

The number of refugees arriving in small boats has increased, accounting for half of asylum claims. But, according to the Guardian, ‘the top five nationalities arriving by boat in the first quarter of 2022 were Afghan, Iranian, Iraqi, Syrian and Eritrean, all of whom have very high chances of being granted asylum’.

Colin Yeo, a barrister and author specialising in immigration, has argued that the numbers coming by boat or other ‘irregular’ means represent only a quarter of all refugee arrivals. Home Office data shows that, for the year ending June 2022, 75,764 refugees arrived from Hong Kong, 134,400 from Ukraine and 75,181 by boat or lorry.

Campaigners argue that the increase in arrivals by boat is caused by the shortage of safe and legal routes. This is borne out by the tiny numbers of refugees included in official resettlement schemes, 1,622 during the year ending June 2022, 71% fewer than in 2019. According to Colin Yeo, ‘the Afghan scheme is barely operating at all and those who were relocated to the UK remain languishing in temporary accommodation over a year on’.

A legal action against the home secretary over conditions at the Manston processing centre is now being brought by the Public and Commercial Services union, the charity, Detention Action, and a woman who was placed at the facility.

The government has conceded that the centre is not operating legally; the climate minister, Graham Stuart, has said, ‘None of us are comfortable with it”.

Although detainees are only supposed to be held for 24 hours, some have been forced to remain there for more than 32 days. Manston has a capacity of 1600, but numbers rose to 4000 until adverse publicity forced the Home Office to relocate some people elsewhere, including apparently abandoning 11 homeless refugees at Victoria station in central London. 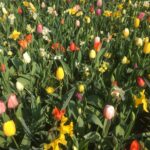