17 year-old Anastasiia is a talented violinist living on the frontline in south-east Ukraine; she has been waiting for three months to join her host family in Hertfordshire. Her home area is under constant shelling.

She is one of about 1,000 unaccompanied children who originally applied to Britain under the Homes for Ukraine scheme. The Government subsequently changed its policy, saying that children had to travel with parents and guardians. After protests, the Government then said that safe passage would be allowed for children who had already applied to the scheme.

However, the new policy says that children must have already known their hosts before the outbreak of war, ruling out most of the visa applicants, unless there are “exceptional” circumstances. Anastasiia has been told her hosts are only eligible if they knew her before.

The Labour peer Alf Dubs has condemned the procedure. He said it was absolutely shocking that teenagers were being left at the frontline, criticising it as “yet another attempt” to restrict the numbers of unaccompanied children from Ukraine. “When young people are living in a war zone, more time is more danger,” he told The Guardian. “How could anyone have known a sponsor in this country before the conflict started? ‘ he added.

All Tory candidates back Rwanda flights

Young refugees share their stories of seeking sanctuary in the UK 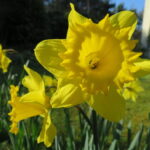