The refugee charities Care4Calais, Detention Action and Freedom from Torture, along with the civil service union, the Public and Commercial Services Union, are all now challenging the Government’s scheme to send refugees to Rwanda. They argue that the policy breaches human rights law and the Refugee Convention.

Flights to Rwanda will now not leave until June 6th at the earliest.

The UN Refugee Agency has also criticised the plan, saying it is “contrary to the letter and spirit of the Refugee Convention”.  They say there is no legal obligation for people to seek asylum in the first safe country they reach, the principle underpinning Government policy.

Meanwhile Filippo Grandi, the UN High Commissioner for Refugees, has expressed opposition, writing: “Shifting asylum responsibilities is not the solution.”

Ukrainian refugees in the UK 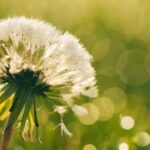