The government has been forced to reveal the majority of the internal documents dealing with a controversial policy to send asylum seekers to Rwanda.

The foreign secretary, Liz Truss, has failed in an attempt to withhold ten documents from the public; six must now be disclosed, according to a high court judgment.  Claimants in a high court hearing on September 5th to decide the legality of sending UK asylum seekers to Rwanda will now have access to the papers.

The court heard that a Foreign Office official had raised concerns about the Rwanda plan, citing state surveillance, arbitrary torture and killings by the country’s government as accepted methods of enforcing control.

The PCS union, representing civil servants, Care4Calais, Detention Action and some asylum seekers are all challenging the lawfulness of the Rwanda scheme.

Responding to the latest judgement, the author, Philip Pullman, tweeted:

“If the government KNEW that Rwanda tortured and killed political prisoners…Well’ I can’t find a more appropriate word than plain old evil. Patel, Johnson, Sunak, Truss- all of them  Wicked beyond belief.” 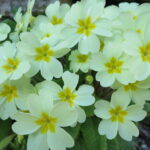