The Government claims that the UK has resettled more refugees that any other EU country. However, this figure only refers to a limited, specific UN resettlement scheme and only represents six per cent of the refugees offered protection in the EU. Other routes ie. applying for asylum once arrived in the EU, are far more common.

Peter William Walsh of the University of Oxford has calculated that the UK ranks sixth among EU countries in the number of refugees it accepts. But the fairest measure is the number of refugees accepted per 1000 of the resident population. According to this calculation, Sweden has accepted 12 refugees per 1000, Germany 10 per 1000 and the UK one per 1000, which means it ranks 20th among European countries for protecting refugees. Only Portugal welcomes fewer. [More or Less Radio 4 16.9.2021

The Government’s resettlement scheme only accepted 23,665 refugees between 2016-2020. Over the same period, Germany admitted over a million refugees.

Although 29,000 refugees, including lone children, have been able to join close family, these rights have now been curtailed since we are no longer subject to EU laws. 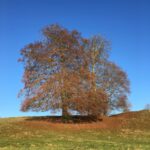 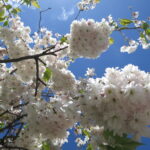