Criticism of the Government’s Rwanda refugee deportation policy is mounting as all 25 bishops and archbishops sitting in the House Of Lords condemned it as an “immoral policy” that “shames Britain”.

In a letter to the Times, the bishops say: “Our Christian heritage should inspire us to treat asylum seekers with compassion, fairness and justice…Those to be deported to Rwanda have had no chance to appeal, or reunite with family in Britain.” They add that many are “desperate people fleeing unspeakable horrors. Many are Iranians, Eritreans and Sudanese citizens, who have an asylum grant rate of at least 88%. These are people Jesus had in mind as he said when we offer hospitality to a stranger, we do it for him”.

The UNHCR has also attacked the scheme, twice warning the Government that the policy was unlawful. A lawyer representing the UN refugee agency told a recent High Court hearing considering a legal challenge to the scheme that there was a danger of ‘refoulement’, when a refugee is returned to a country where they are liable to be persecuted. This is illegal under international law.

Since the strategy was announced, there has been no reduction in the numbers of people crossing to the UK in boats. Matthew Rycroft, a top civil servant in the Home Office, has warned Priti Patel that the scheme might not offer value for money as there was no certainty that it would act as a deterrent.

Yvette Cooper, the shadow home secretary, attacked the plan as “unworkable, unethical and extortionately expensive”, and outlined four alternatives. She said the Government should target criminal gangs and traffickers by improving cooperation with France, Belgium and Europol and crack down on the social media advertising used by gangs. The asylum process should be speeded up, and the Government should create more safe, legal routes for refugees. New programmes were needed to replace the Dublin Agreement, allowing family reunion and for failed asylum seekers to be returned. 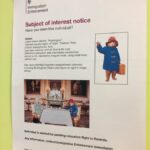